This title because the defeated Taosenos  took refuge in God's house.   Men, women and children lie buried there. The vibrations in this plot of earth are almost palpable.  This is the mission site in Taos Pueblo where over 150 people were burned alive and blown apart by canons as the US army took over Taos in 1846/47.  That ended the resistance but not the suffering of the indigenous people.

I was painting the church ruins this week and my brother sent a photo of our mother in 1953 standing beside the slowly melting tower of old San Geronimo. I had never known of this picture and was quite amazed to see  it!    Deja vu.  The bell tower was a little taller then.   A newer mission by this name was erected nearby in 1850.  e

Added Note:  Thank you for all comments. I am sorry this format does not do conversation back and forth for us all.    Diane, yes the beautiful old Spanish missions are filled with stories.  I have also painted one in Questa NM. I hope to be there and paint the one in Ranchos de Taos soon, San Francisco de Asis. Thank you for the compliment on my painting.

My Facebook page is art centric, for those who might be interested.   My FB page has little that is personal on it, no grandbabies or rug hooking or antique collecting.   My blog is directed at friends as we share these common interests.  e

always glad to hear from friends at joneill816@austin.rr.com 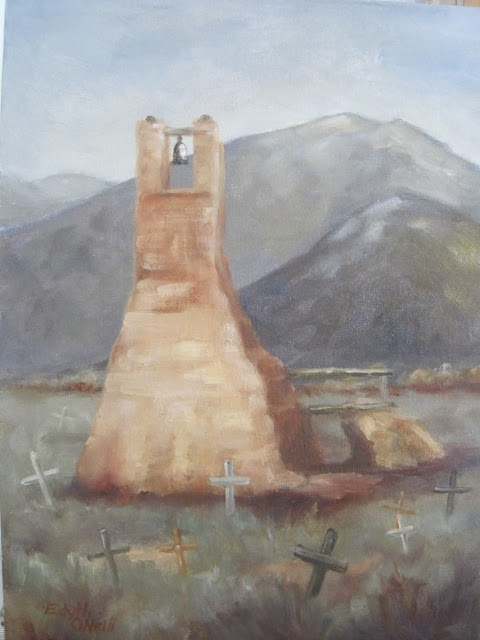 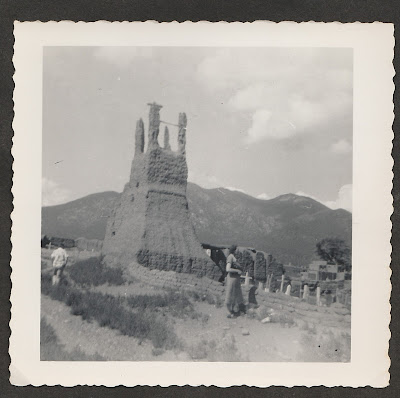 My mother as a young woman. 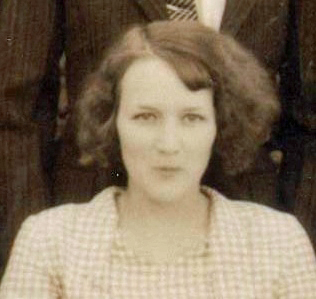 There is more to read and a picture of the ruins today at
https://www.nps.gov/subjects/travelspanishmissions/san-geronimo-de-taos.htm 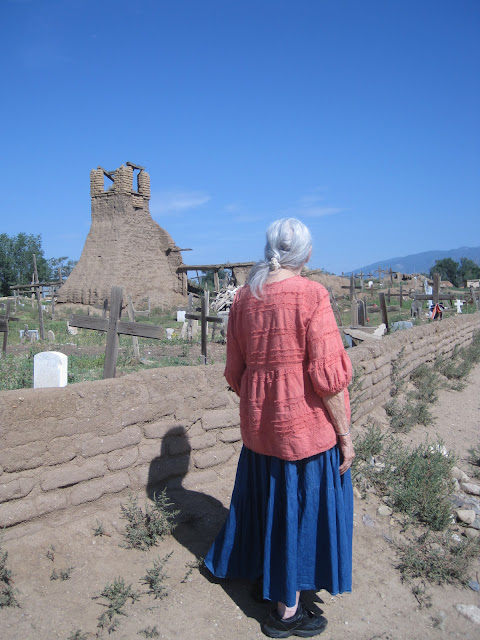