Isn't it a wonder how things in your life circle back around again and again.   Example, the joys of great grand children, new children to love but somehow the same as it was with my own babies.  And teaching a new generation to love art and guitars and horses. Macy at close to three is horse crazy, as Cheryl was even when a tiny child.

In the early 1990's when Jack and I lived in difficult circumstances while re building the old cape,  I felt I could not cope with my huge bay tree in a pot, to carry it in and out and protect it from deep freezes. It was then about 6 years old and large.  My friend Virginia gave it a happy home and had it planted in her yard. San Antonio has a slightly warmer climate than Fredericksburg 70 miles west and higher.  The tree still thrives there 20 years later!  And now it's cuttings are here with me.

I want a bay tree again, so yesterday Virginia sent me 5 cuttings from our bay, and though I have never had luck rooting anything, I am trying!  Wish me luck at this. 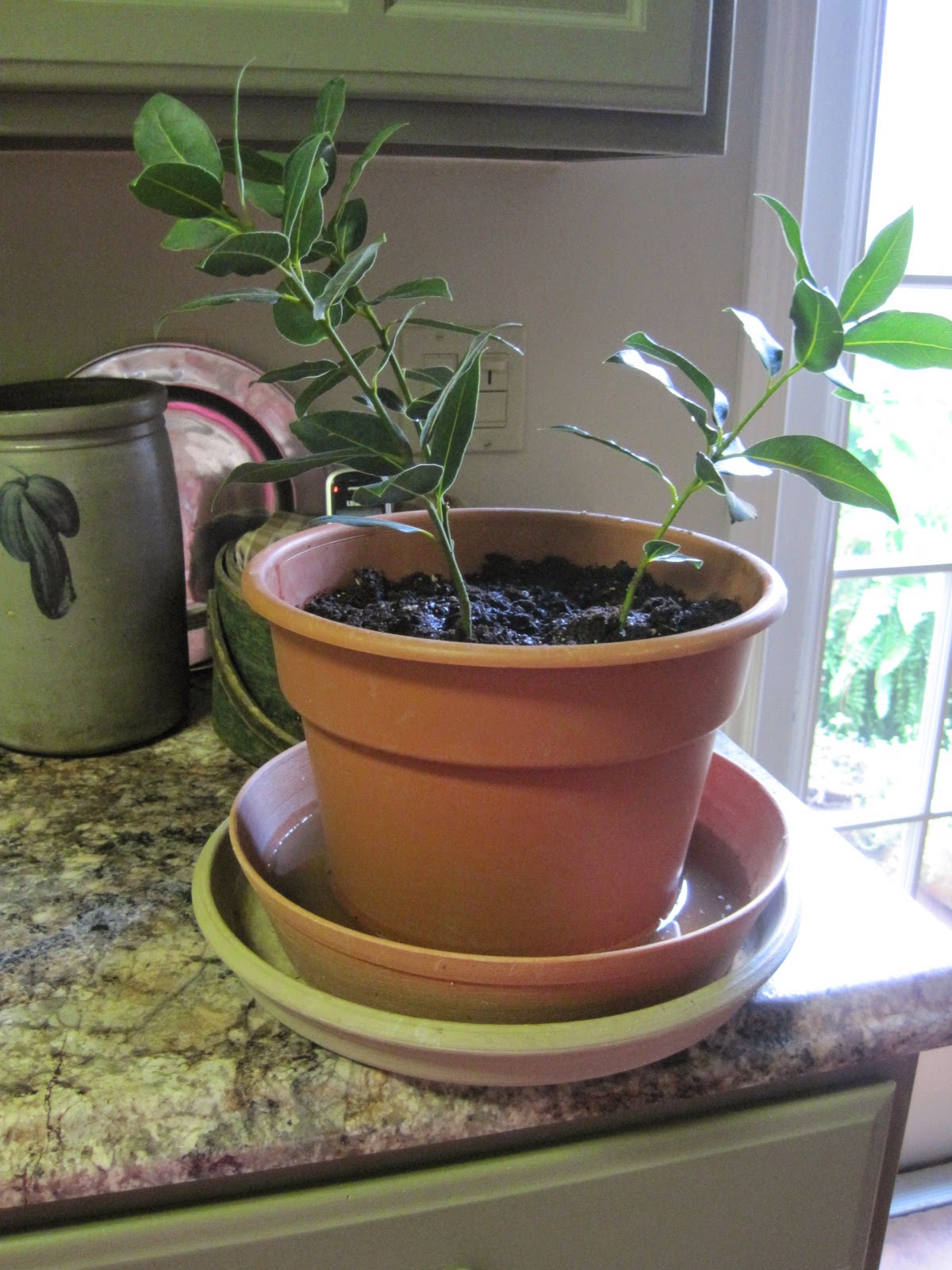 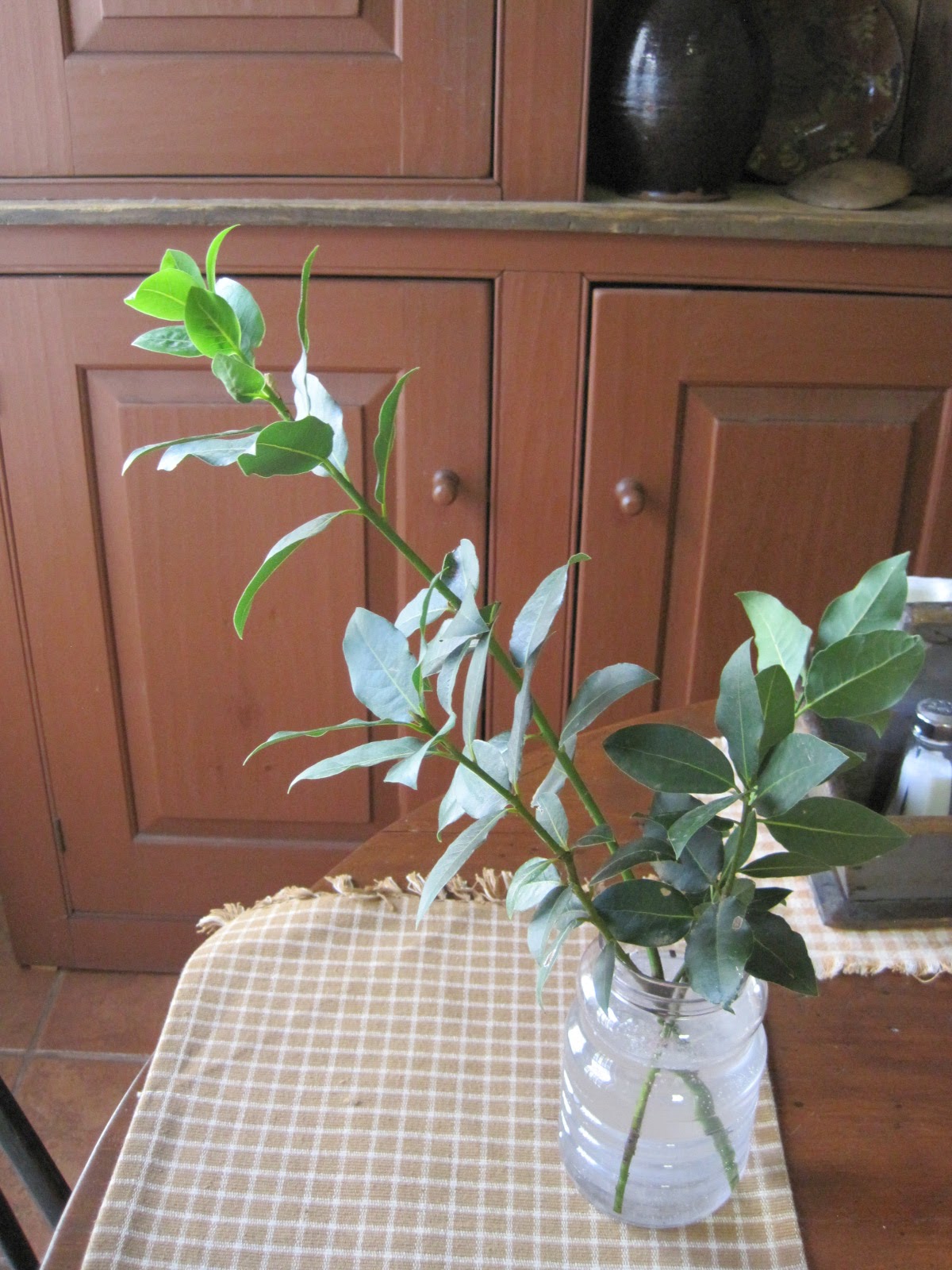 Two cuttings are now in water and three in a pot of potting soil, all having had a boost of rooting compound.  I have them where they have good light but not direct sun.  e
Post script in October, every last one of them died!  I think I will buy one next spring.
Posted by Edyth at 12:18 PM