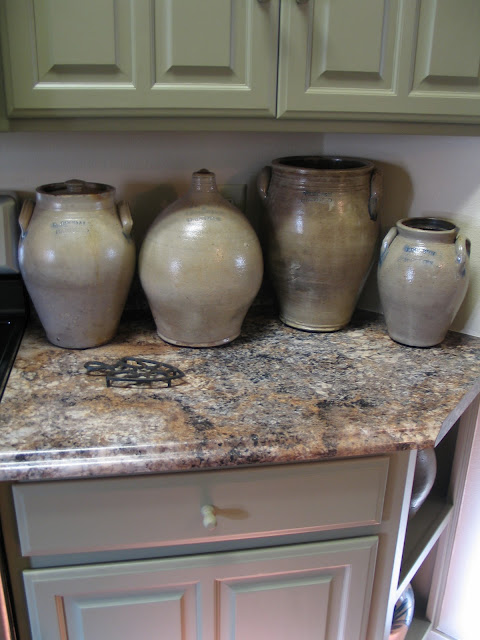 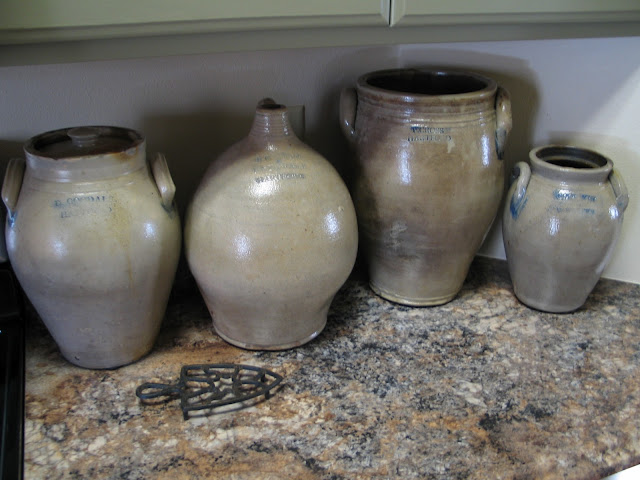 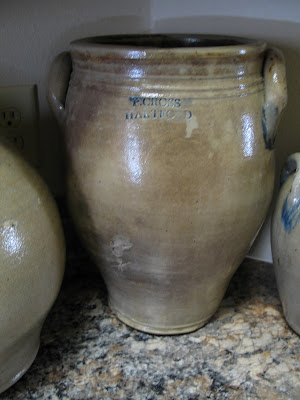 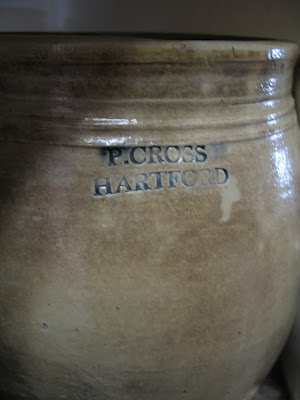 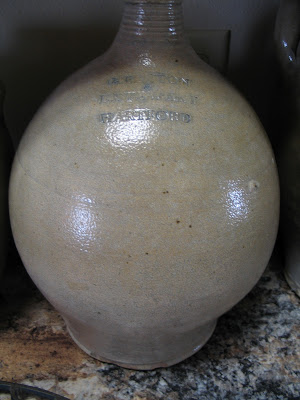 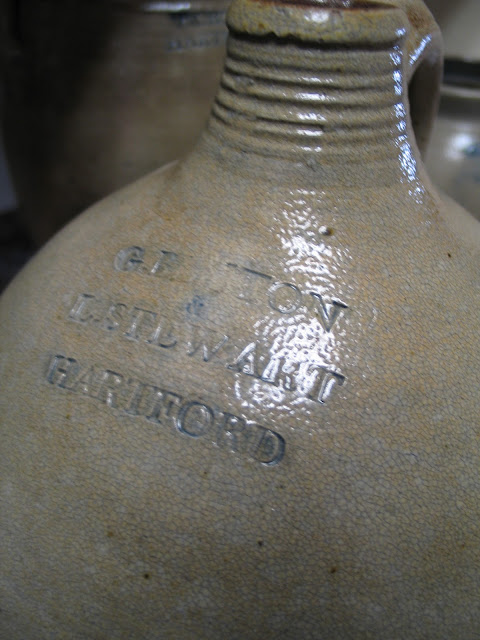 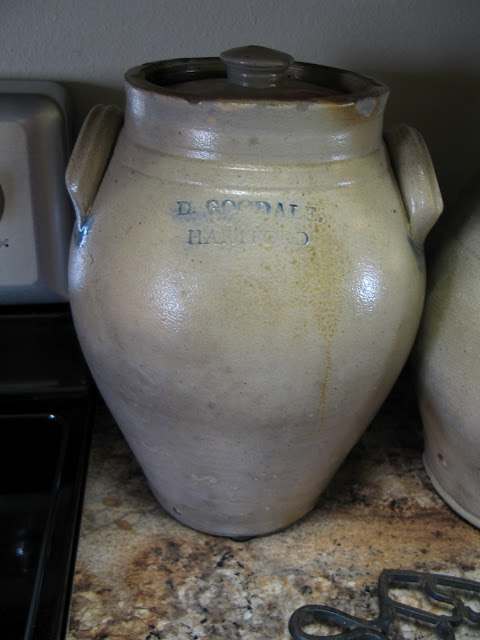 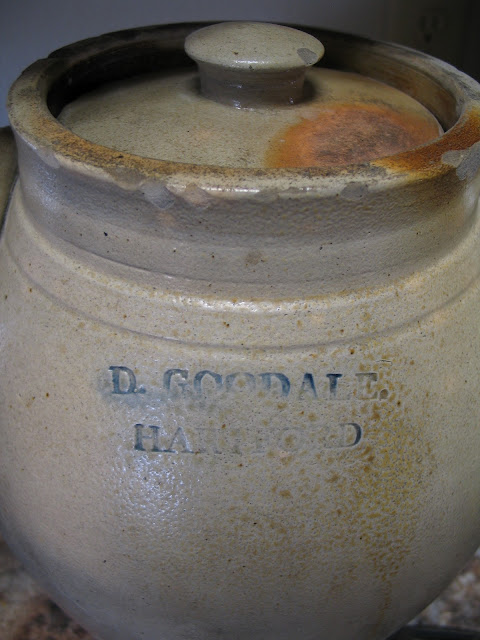 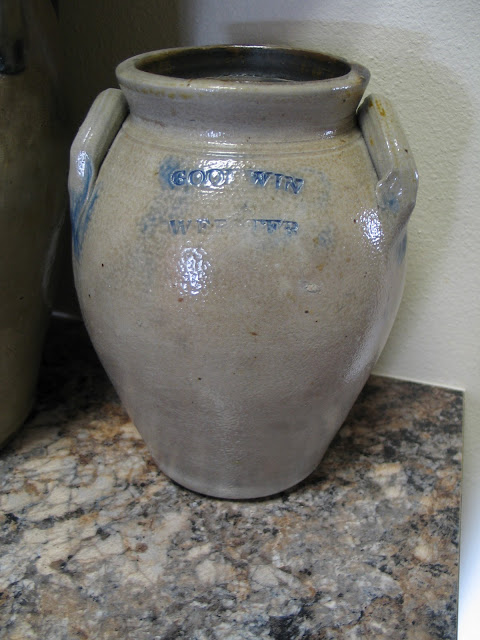 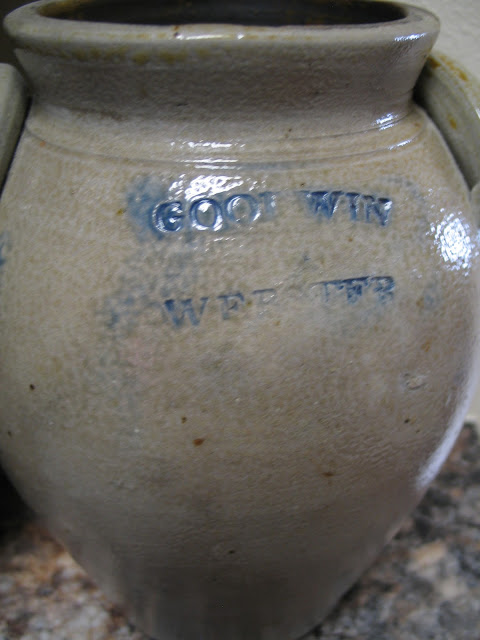 As a fan of early 19th century American stoneware it was exciting to come across a large shapely three gallon crock with an unfamiliar name on it, Peter Cross Hartford, at a local show way down here in the Texas Hill Country. The large open mouth vessel had all of the earmarks of a very early piece: ovoid form, some scars from the kiln as well as extra details around the neck. I estimated the date of manufacture at around 1815 because of those features. Needless to say I added it to my collection. I was able to find it in my reference books (before I had Google) and see that Peter Cross operated a pottery from 1805 until about 1815 in two locations on Front St. in Hartford. Not many of his marked pieces have survived and are quite sought after.


Peter Cross sold his first pottery location in 1810 to Goodwin and Webster and opened another that he sold in 1815 to Benton and Stewart. They employed a potter named Daniel Goodale jr. who later bought the pottery in 1822. Goodale made pottery there until 1830 when Goodwin and Webster took over that pottery as well.


My Benton and Stewart jug was found at Brimfield and came with the story that those were the names of two retired sea captains that decided to go into the stoneware business. It was pleasantly ovoid shaped and had a series of rings around its neck which pretty much dates it 1820 or earlier. My research did show that they were indeed retired sea captains. Sometimes the story does match up with the facts. Very few pieces with that mark show up.


The Goodale crock was also found at Brimfield on another trip. It appears to retain its original lid which is unusual and features a nice bulbous form and Hartford mark which appealed to me.


All four of our pots are related and were made in close proximity to one another, a fact that I didn’t realize when I bought them. I think it only fitting that they now sit side by side although they are many miles from Hartford.    Jack
Posted by Edyth at 3:37 PM