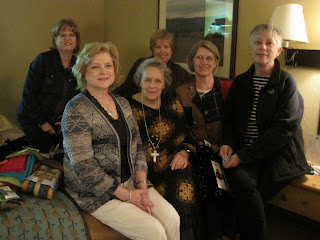 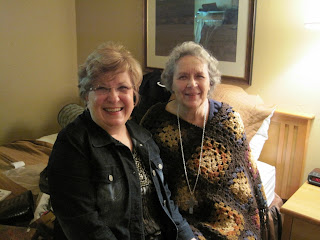 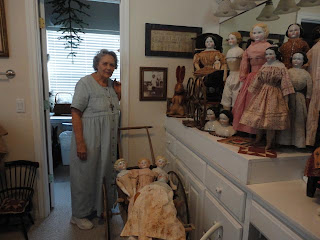 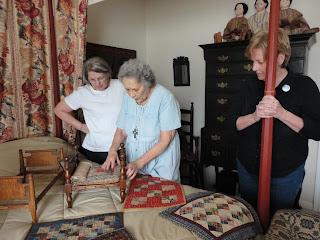 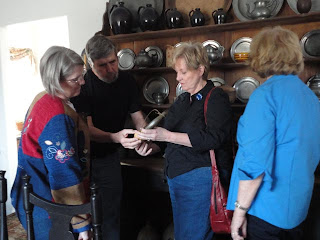 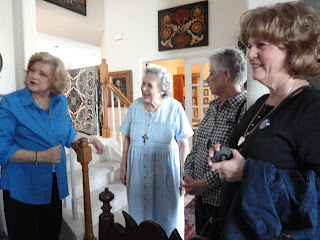 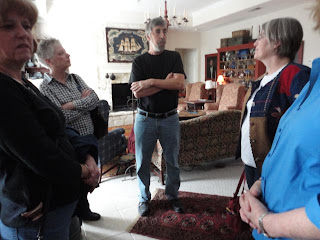 A modern quilting bee is perhaps just as much fun as a traditional one held a century or more ago. Fredericksburg is a magnet for artists and crafters of all stripes. We have a world class fine art school here and many other less formal art classes and demos throughout the year. There is a growing film festival each spring. Weavers and wood workers and writers abound. Our town is also the site of many retreats and workshops for rug hookers and quilters.
This past week I enjoyed visiting with a group of quilters who set up their work in a large meeting room, and spread out an amazing display of quilts in progress, mostly quite modern in color and pattern as well as execution. The participants were not gathered about a frame quilting on their fingers, but rather sat at long work tables and had rows of sewing machines buzzing away. Half of the machines were our grandmother's beloved little Singer featherweights. The other half were high tech wonders capable of anything short of rocketry it seems. The popular little featherweights are still the darlings of many of us who make doll clothes or quilts. I have two Singers set up in my own sewing area.
As soon as they arrive in the hill country, many of the quilters make a bee line for "Creations" a fabulous fabric store in Kerrville. I visited some of the women in their motel rooms as they spread out their bounty from that expedition. So many beautiful textiles and patterns and projects!
Some of the women visited us for tea and brownies. We had such a great good time! E
Posted by Edyth at 8:28 AM