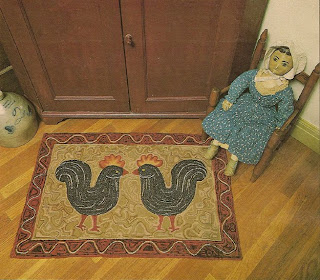 The old dolls have been my passion since the early 1950's. My mama collected a few when she could, always, and I bought my first one on my own at age 23, about 1954. I was interested in the hooked rugs and clipped a few of them from American home magazine in the 50's and 60' but did not encounter anyone who knew how to make them until 1978. The rooster rug was my first one, it hangs in daughter Beth's house. Being on burlap rather than linen and having been used on the floor many years, attacked by moths and mended by me on one small corner, the rug could easily be sold today as 1930's antique. The cloth doll Minerve was with us a number of years, then traded to a dealer in Pennsylvania for a mache. She has a wonderful profile and a fierce expression, rather daunting to small children, whom I have seen back away from her after a close look. Sorting through old magazines which threaten to engulf us, it was fun to come across this one. E
Posted by Edyth at 6:35 AM 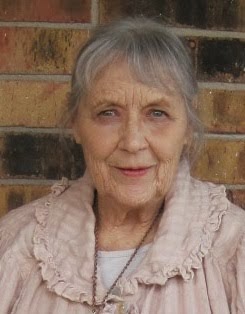 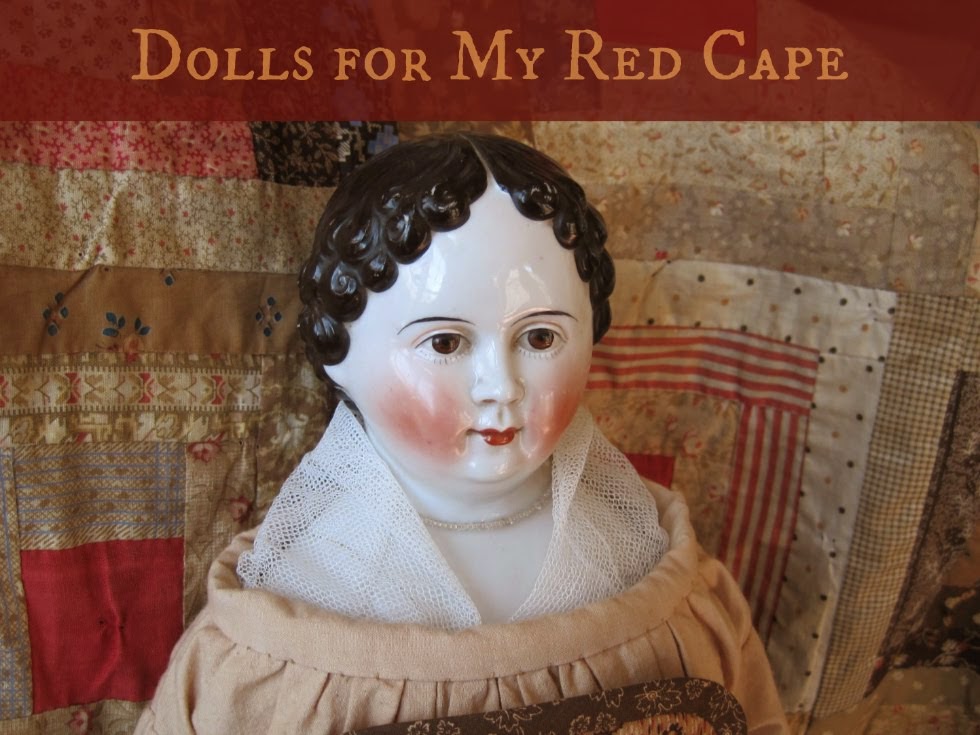 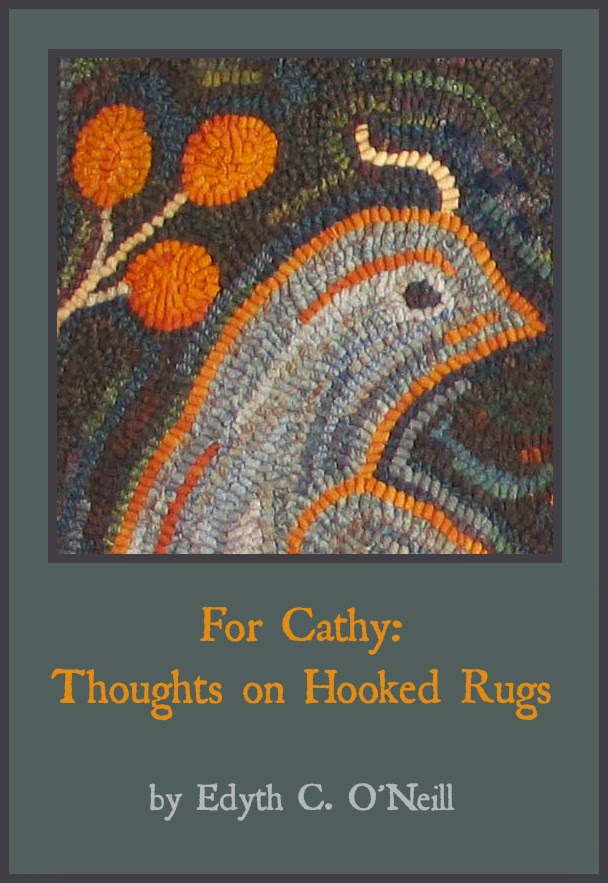